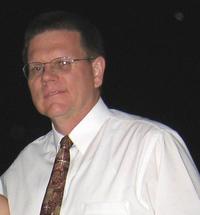 Mike grew up in northern California and northern Nevada. He attended Ozark Bible College and spent two internships while in college in Kingston, Jamaica working with Harold & Adele Hill.
Mike married Jacque Fish in September 1977 during their Senior year at OBC. They moved to Claremore in May 1978 and Mike spent 10 years there as their Youth Minister.
Mike moved to Lamar, Missouri in June 1988 and worked as Associate Minister with youth, birth to college, for 12 years. He also mentored a number of youth ministry interns, including Jerad Joslin who would become the next youth minister in 2000.
Since 2000 Mike has been the Associate Minister involved in New Member ministry, Senior Adult ministry, Worship ministry, and the administrator of office staff.